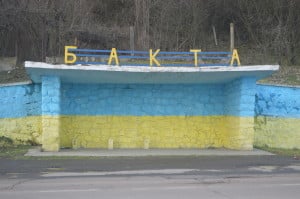 Military drafts and mobilization are a second issue at the forefront of everyone’s minds.  The Ukrainian government continues to pursue mobilization of the armed forces and to draft men into the army. Thankfully, all students are exempt. This mobilization is in turn causing large numbers of men to flee the country to Hungary and other western countries. These men are leaving their families to not only find work and jobs that are unavailable in Ukraine, but to also avoid being drafted into the army.  This may seem unpatriotic or cowardly, but as with many things in Eastern Europe truth and history are never simple and straight forward. A fiction novelist could not think up a history this contorted and complex. Today, the regions that make up western Ukraine have  been for centuries known by the historical names of Transcarpathia, Bukovina, Galicia and have been ruled over the years by Hungary, the Austrian/Hungarian Empire, Czechoslovakia, Poland, Romania, the Soviet Union and even Lithuania hundreds of years ago. Areas of present day western Ukraine are populated or have historically been populated by Ukrainians, Poles, Jews, Hungarians, Rusyns, Hutsuls, Romanians, Roma, Russians and certainly I am forgetting others. Everyone has cultural, religious, and ethnic identity, but national identity and allegiance to the particular State they currently find themselves living in is a different matter. There is not much enthusiasm for blood and war here in many parts of the western area of the country.  WWII and the Stalinist years caused a major population change.  Jews and Poles especially were killed or deported in large numbers and Ukrainians mostly have filled the population void.  For this reason western Ukraine is probably the most ethnically Ukrainian area of Ukraine. Pockets of western Ukraine, especially around L’viv and Ivano-Frankivsk have been hot beds of Ukrainian nationalism with many Ukrainian men from these areas volunteering for the army and joining protests in Kyiv throughout the last year. This war has stoked Ukrainian identity and nationalism to levels probably not seen in years. This has created a strange paradox of minorities and Ukrainians in western Ukraine who want nothing to do with this war and are living next to other Ukrainians who are filled with patriotic nationalistic fervor. Even here in Transcarpathia there are bus stops, guard rails over bridges, city limit signs all painted in Ukrainian colors. This trending Ukrainian nationalism has not been beneficial to the Hungarians minorities, neither have the Ukrainian language laws, inspired by Ukrainian nationalism, which have made it very difficult for Hungarian minorities to study in Ukraine and had much to do with provoking Russian minorities into rebellion in the east. 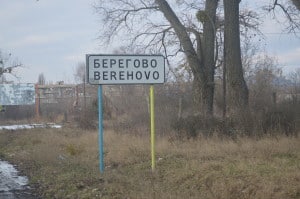 Hungarians, living in Ukraine by the tragedies of history, have no interest at all in fighting and spilling blood in this conflict and have little to no national pride for any Ukrainian cause.  I don’t blame them; most of the young men don’t even speak Ukrainian and have no cultural identity with Ukraine.  These Hungarian villages and cities of western Ukraine, part of Hungary for 1,000 years, were in fact never part of the Russian/Ukrainian world until after WWII.  World wars, the destruction of the substantial Jewish communities, mass human migrations and forced population shifts, political maneuvering and continually changing borders of the past century has left the people of this area feeling quite stateless and loyal to no country.  People here just want this war to end.  From past history, everyone is cynical and skeptical of those in power.  All the leaders of Ukraine seem to be viewed as corrupt money-hungry men whose only concern is their own interests and pockets.  I have even heard some who think that Ukrainian politicians are purposely prolonging the war so that their companies will get richer making goods and products for the army. It is sad to see the hopelessness as most think that regardless of the outcome of this conflict, daily life dominated by corruption and bureaucratic theft will not change.  Some people don’t seem to care if the Russians take Eastern Ukraine; in great indifference they say to let them have it. They seem to just think all this death and destruction is for nothing as there is no hope for change no matter what happens.  It is amazing the lack of optimism, faithlessness and outright distrustful distain towards the leadership of Ukraine (both locally and nationally).  Ukrainian leadership has a lot of work and faith building ahead if it has plans to truly call for change and eliminate corruption and the culture of contempt for government.  Despite the distrust for government, the fear of loved ones coming home in body bags, and lack of Ukrainian national pride here locally, I believe most are united in a desire to see (but not take part in) a Ukrainian win and for the nation to prevail through this conflict.  A history of aggression from the Russian bear and Putin being seen as a blood thirsty mad man bent on seeing the global influence and “glory” of the USSR rise again leaves Russian success as a much darker alternative to the corrupt status quo.  I have always struggled to understand Russia.  From Ivan the Terrible, to the Tsars, to Lenin, to Stalin and the years of Soviet terror, right up to the present day Putin government there is a long history of terror, bloodshed and oppression surrounding Russian dictators and government leaders. Yet in contrast there is also a legacy of Great Russian literature, dissidents, and resistance to the oppression from within Russia. From my own travels in Russia and from Russian diaspora I have encountered I have experienced warmth and kindness from the Russian people.  The Russian culture and language seems so rich and great throughout its history. I also love Russian food.  Why is there such a great contrast between the majority of the Russian people with their rich culture and the oppressive nature that seems to be bred in the majority of its leadership?

One year ago protests developed in Kyiv and throughout Ukraine.  The protests reached a breaking point on the weekend of February 20-22 when nearly 100 people were killed and murdered by rooftop snipers in Kyiv.  Remembrances were held marking the one year anniversary of the slaughter.  Here is one interesting article about one victim of the senseless killing from the perspective of the president of the Ukrainian Catholic University in Lviv, showing a viewpoint of a local leader. http://www.kyivpost.com/opinion/op-ed/borys-gudziak-a-year-later-reflections-on-the-life-of-bohdan-solchanyk-and-the-other-heavenly-hundred-381272.html Following the events of this dreadful weekend, protests grew and President Yanukovych fled the country.  Following the ousting of the president Yanukovych, Russia invaded and annexed the Crimea in March of 2014.  One year later, I think the residents of the Crimea are maybe having second thoughts about the change of power in Ukraine’s southernmost region. Those killed last year in protest in Kyiv have become known as the “Heavenly 100”. Pictures and memorials have been set up around the country honoring them.  Pictured below is a tribute to them outside of the local market in Beregszasz.

Next to the tribute to the Heavenly 100 is a memorial for some local young men, soldiers who have been killed in the east fighting the Russians, separatists, and the rag tag bunch of mercenaries collected by Moscow.  People from here in Transcarpathia, including Hungarian men, are dying on the front lines in the East.  Two weeks ago we heard of a 45 year old Hungarian man from Beregszasz who was killed.  A Rusyn/Hungarian boy from Fanchykovo, a village about 5 kilometers from Peterfalva as a bird flies, across the Tisza River died in the fighting in Debaltseve.  Around 6 men from Peterfalva/Tiszabokeny are currently fighting in the east, from what I have heard.  A former student from the Peterfalva Reformed Lyceum came back from the front lines a couple of months ago.  He reportedly saw and experienced some really terrible things.