Trouble in the East, Quiet in the West 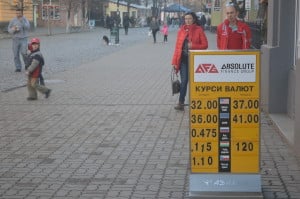 We are thankful that it is quiet and peaceful here in Transcarpathia, Ukraine. We wish the same could be said for Donetsk and Luhansk and the rest of the far eastern areas of Ukraine.  War has continued to ravage eastern Ukraine this winter.  This has turned into the largest conflict on European soil since the implosion of Yugoslavia resulted in civil war and genocide in the 1990’s.  This is possibly the largest conflict on European soil since the Second World War.  Accounts vary.  The Ukrainian government claims that just over 6,000 soldiers and civilians have died, while soldiers coming back from the front claim the government is lying and the actual number of causalities is far greater.  Reuter’s news agency reported that German intelligence recently released a report claiming that possibly as many as 50,000 people have died in eastern Ukraine. It is estimate that there are 1.5 million displaced people, but the true number of refugees and displaced people going to the West and to Russia is probably impossible to know.  Russia continues to ridiculously deny any involvement in Ukraine, despite body bags returning to Russia, Russian weapons in Ukraine, and one organization who was able to track the physical location (in Ukraine) of Facebook posts written by Russian soldiers. The war has turned into an international crisis and has strained U.S./Russian relations.

Strangely this Ukraine/Russia conflict has turned into an international battle ground with fighters coming from all over the world to fight for both sides.  Serbian mercenaries, veterans of Balkan conflicts, are fighting each other as they have been hired by each side.  Battle hardened fighters from Chechnya are fighting.  Some sent by the Russians, some coming as volunteers on the opposing side to battle the hated Russians.  A handful of right wing Swedes are joining the Ukrainians, while a couple of French communists are fighting for the Russians. One recent article I read highlighted a Paris-educated Georgian who is fighting his fourth war against the Russians. He is volunteering once again on behalf of the Ukrainians to fight the Russians. Georgian politicians, veterans of past conflicts with Russia, are being recruited to advise Ukrainian officials. It is even said that Georgians are holding ministry positions in the new Ukrainian government.  A simple Google search of foreign fighters in Ukraine offers countless stories of a vast number of internationals fighting on each side of this conflict.

One development possibly under reported is the persecution of Christians in eastern Ukraine.  Russian separatists and rebels have reportedly been persecuting churches and religious organizations who are not part of the Russian Orthodox Church.  Persecution, confiscation of property, and even murder and torture of Christians in eastern Ukraine has been reported.  Here is an article from Christianity Today.

Many people have asked about the situation in Ukraine and if it is safe for us to be here.  Ukraine is a very large country, slightly smaller than Texas, and we are far from any danger or conflict zones. If you look at a map of Europe you can see that we are in fact as close to Belgium as we are to the war devastated areas of eastern Ukraine.  Transcarpathia is peaceful and quiet and one would never be able to tell they were in the same country as the war torn areas 1,000 miles to the east. That is not to say the war is not leaving its mark here in Transcarpthia.  The far reaching implications from this war will be seen for years, generations even.  Life and demographics will probably never be the same.

The economy has been devastated across Ukraine.  Inflation paired with currency devaluation has left economic uncertainty across the country.  In January of 2014 the Ukrainian currency, the Hryvnia, traded with the U.S. dollar at an 8/$1 rate.  When we returned this past January the exchange rate had fallen to 16/$1.  Earlier this winter over the course of about three weeks the currency devalued daily and plummeted to lows of 34/$1, unbelievably falling nearly 425% in the past year.  In recent days exchange rates have stabilized and have been around 25/$1.  Inflation rates have been said to be around 25% but in reality products and merchandise in the stores seems to be around 50% more expensive than last year and fuel has nearly doubled.  To put this into a practical perspective, a teacher makes 2500 Hryvnia per month.  Last year this was worth nearly $300/month.  While salaries have stayed the same, today the teacher salaries are worth $75-$100/month, while at the same time goods have inflated by 50%.  Many people have family members or children studying in neighboring Hungary, suddenly everything is 3-4 times more expensive in Hungary.  Exchange rates are changing so rapidly in Ukraine and the currency devaluing so quickly that some stores have closed because they can’t figure out how to price their goods.  Other stores simply put up a sign above the cashier stating that every item will be 20% more than the marked price.